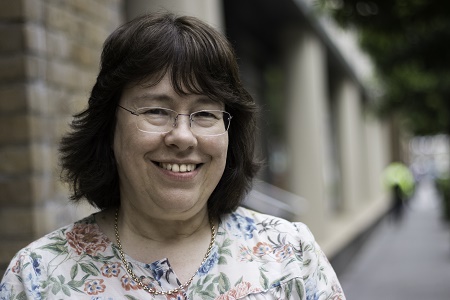 ‘Hundreds more’ NHS mental health beds are needed urgently in England to help end what it dubs the ‘shameful’ practice of sending severely ill patients far from home for treatment, the Royal College of Psychiatrists has warned. An independent report commissioned by the Royal College last December, Exploring Mental Health Inpatient Capacity across Sustainability and Transformation Partnerships in England, which was published on 6 November this year, estimates that 1,060 more mental health beds are needed to reduce bed-occupancy rates ‘to acceptable levels’.

Produced by the Strategy Unit, NHS Midlands and Lancashire Commissioning Support Unit (CSU), the report points out that ‘some patients are sent hundreds of miles away from home’. The College has calculated that those patients travelled a total of approximately 550,000 miles in the past year – equivalent to going around the world 22 times. The practice, known as out-of-area placements (OAPs), happens when there is no local hospital bed for the patient to be admitted to. Allowances are made where this is for highly specialist care.

Drawing on data from the report, the Royal College of Psychiatrists said: “The Government has pledged to end all inappropriate adult out-of-are placements for acutely ill patients by 2021, but despite intensive efforts, progress on reducing that number has stalled. On July 31, 745 people were being treated inappropriately out of area, official figures show. The impact on patients and their loved ones can be devastating, causing huge emotional damage, and even setting back those patients’ recovery. It can also be challenging for staff.”

The College says ‘the crisis’ follows ‘years of bed cuts as part of a drive to treat more people with mental illness in the community, close to their family and friends’. Although it supports this change, it says adult community-based mental health services have failed to expand to compensate for bed closures, while with demand for mental health care on the rise, mental health Trusts ‘have been caught up in trying to meet immediate demand, rather than planning for the future’.  While the Government plans aim to address this in the long-term, the College argues that mental health Trusts struggling with high bed-occupancy and inappropriate OAPs levels need more properly-staffed beds now as part of a package of measures.

RCPsych President, Professor Wendy Burn (pictured), said: “Cuts in the number of mental health beds have gone too far, and patients and their families are suffering as a result. It’s clear that some parts of England urgently need more properly funded and staffed beds. Hundreds more are needed. Trusts struggling with dangerously high levels of bed occupancy are being forced to send seriously ill people hundreds of miles away from their homes for care. That must stop.

“Beds are being closed to move resource to the community, so people can be treated close to friends and family, and without having to leave their homes. The RCPsych agrees with that principle. But the reality in many areas is that beds have been lost and investment in community services is only now starting.”

Their report identifies 13 areas that are ‘particularly struggling to manage levels of demand with the available bed capacity’.

Those ‘with persistent challenges with inappropriate OAPs’ are:

Those with ‘persistently very high bed occupancy’ are:

In addition to the extra beds, the College is calling for:

The Royal College points out that the NHS Long Term Plan pledges ‘to set clear standards for patients requiring access to community mental health treatment and roll them out across the NHS over the next decade’, while in June, NHS England wrote to the regional directors of 10 NHS mental health Trusts demanding they take action to address the level of inappropriate OAPs in their area.

The College recommends a maximum bed occupancy of 85% ‘to allow wards to run smoothly, and be able to cope with a sudden influx of patients’. In Scotland, the national bed occupancy rate is around that level.