‘Borders and boundaries’ matter to service-users 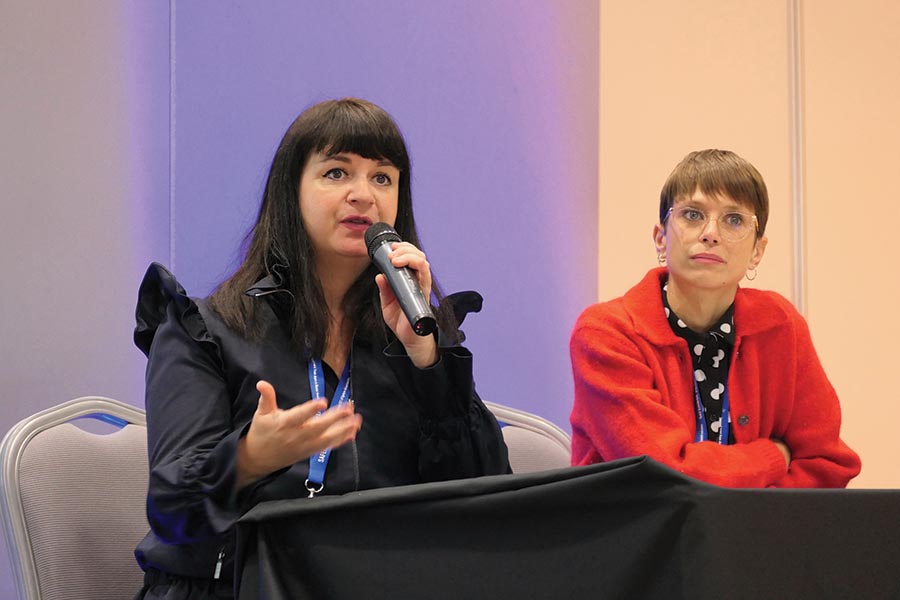 A new Design in Mental Health Network guide to designing ‘with borders and boundaries in mind’ was unveiled on the first day of August’s DiMH 2021 conference at the Coventry Building Society Arena.

Dedicated sections discuss topics ranging from ‘Design with borders & boundaries in mind’, ‘The symbolic and psychological significance of doors and borders’, and ‘Designing the central hub of a ward’, to ‘Using outside spaces to break down the boundaries of hospital care’. As The Network’s editor, Jonathan Baillie, reports, Borders & Boundaries is the sixth Design With People in Mind booklet from the DiMHN, and, like its predecessors, draws on a range of research, study, and real-life evidence, as well as service-user/staff experience.

Speaking in a conference session on 24 August, at which the Network’s Chair, Philip Ross, and Richard Hardy of the BRE, also discussed the work that had gone into the joint DiMHN and BRE Informed Choices guide to testing the performance and robustness of many of the most common hardware components used in mental health settings, Paula Reavey – Professor of Psychology and Mental Health at London South Bank University, a DiMHN Board Member, and the organisation’s lead for Research and Education – discussed the rationale for the Design with People in Mind booklet series as a whole, before two other speakers gave more specific detail on the latest booklet, Borders & Boundaries. Prof. Reavey explained that the series had been conceived based on the way in which design can ‘speak directly’ to the people living and working in mental healthcare spaces. She said: “As psychologists, interestingly we often don’t think enough about the environment and its impact on the way people feel, behave, and interact.

“The deficit in psychology is quite often the environment itself, but equally, my observation on design and architecture – looking at existing publications, guidance, and research – was that there wasn’t enough about ‘people’ in those spaces. The idea behind these booklets was thus to put together some evidence looking at the various ways in which design could work with psychology and social science to think about the relationship between the environment and people.”

Log in or register FREE to read the rest

This story is Premium Content and is only available to registered users. Please log in at the top of the page to view the full text. If you don't already have an account, please register with us completely free of charge.
Register