An international perspective on common issues 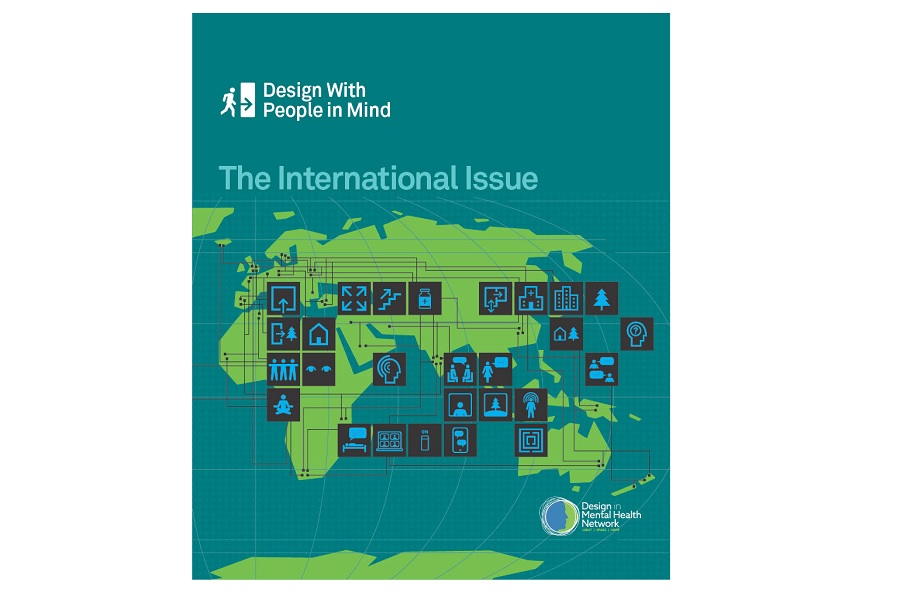 The Design in Mental Health Network has recently launched, and highlighted at its 2022 Conference in Coventry in June, the seventh in its series of Design With People in Mind booklets.

The booklets draw on existing study and research evidence, and published literature, ‘to inform a service-user centred approach to designing mental healthcare environments’. While previous booklets have focused on topics including the impact of sound and acoustics in mental healthcare settings, the benefits of ‘bringing in nature’, and at the ‘borders and boundaries’ service-users and staff experience, the latest ‘explores international perspectives’ to gain a better sense of how mental healthcare design has developed, and is practised, across the globe.

The authors, director and lead for the DiMHN’s Research and Education Workstream, and Professor of Psychology and Mental Health at London South Bank University (LSBU), Paula Reavey, Professor of Health and Organisational Psychology at Nottingham Trent University, Steven Brown, and Graduate Teaching Assistant and Doctoral Student at LSBU, Donna Ciarlo, explain in the introduction to The International Issue that ‘to gain a sense of the evidence across a wide range of countries’, they harnessed Rapid Evidence Assessment – ‘an increasingly well-established technique for collecting, sorting, and evaluating, published evidence’.

Drawing on study and real-world evidence / experience from countries including Australia, Norway, the Netherlands, Switzerland, Germany, Sweden, Canada, the US, South America, India, Egypt and Singapore, key topics covered include:

The attractively illustrated booklet, featuring colour photos of a number of well-designed indoor and outdoor mental healthcare spaces in different countries, highlights some of the lessons learned by those designing and operating such buildings through staff and service-users’ personal experience and published studies.

OPT CUT all text in bold from here

The International Issue, is available to download free to DiMHN members at https://dimhn.org/resources/