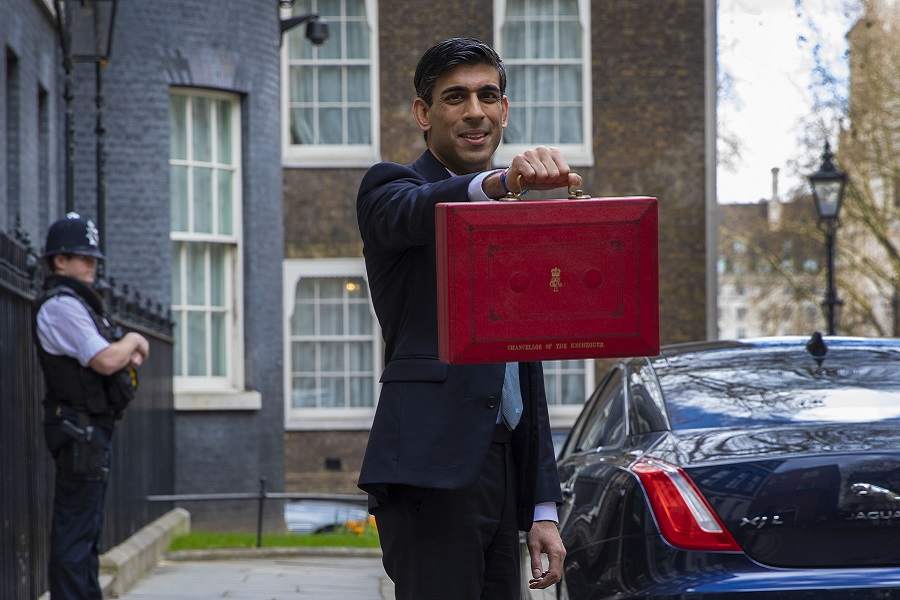 In an Autumn Budget and Spending Review 2021 speech to Parliament today (Wednesday 27 October), the Chancellor, Rishi Sunak, noted that investment was growing, public services were improving, public finances were ‘stabilising’, and wages were rising.

The Chancellor said the Budget began ‘the work of preparing for a new economy post-COVID’. On healthcare specifically, he said: “At the start of this Parliament, resource spending on healthcare was £133 bn. Today’s Spending Review confirms that by the end of this Parliament, it will increase by £44bn to over £177 bn. The extra revenue we’re now forecast to raise from the Health and Social Care Levy is going direct to the NHS and social care as promised, and the health capital budget will be the largest since 2010.” He also highlighted ‘record investment in health R&D – including better new-born screening, 40 new hospitals, 70 hospital upgrades, more operating theatres to tackle the backlog, and 100 community diagnostic centres’. All  these facilities would be staffed ‘by a bigger, better-trained workforce, with 50,000 more nurses and 50 million more primary care appointments’.

Rishi Sunak added that in addition to funding to deliver the Prime Minister’s ‘historic reforms to social care’, the Treasury would be providing local government with new grant funding over the next three years of £4.8 bn.

On the research front, despite having less than 1% of the world’s population, the Chancellor noted the UK had four of the world’s top 20 universities, conducted 14% of the world’s ‘most impactful’ research, and had the second most Nobel Laureates. He said: “We want to go further. I can confirm that we will maintain our target to increase R&D investment to £22 bn, but to get there, and deliver on our other priorities, we’ll reach the target in 2026-27, spending – by the end of this Parliament – £20 bn a year on R&D.” This 50 per cent cash increase was, he told MPs, ‘the fastest increase ever’, while the £20 bn was in addition to the cost of the government’s R&D tax reliefs.

AR headset claimed to ‘take construction to next level’

Leeds Trust the UK’s first to officially be ‘Carbon Literate’

£1.7 bn funding bid to improve healthcare in and around Bradford

At Clarke’s Safety Mirrors Ltd, we have supplied safety mirrors to Education, Health, Correctional, Care and other safety conscious industries since 1997. We offer a range of mirrors with durability levels from shatter-resistant to virtually unbreakable.
We have grown through our knowledge and understanding of the industry. Our team has...